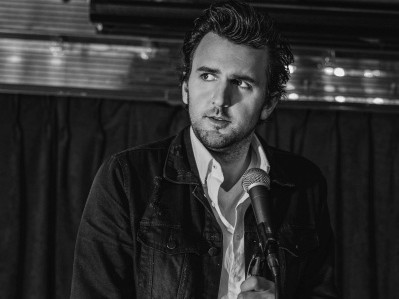 Hailed by the Minneapolis Star Tribune as "the sharpest political commentator on the Twin Cities comedy scene", Robert Baril mines the news of the day to fuel his informed, biting style of comedy.  With three albums out now (Sex and Politics, TMI, 2020) and in clubs across the country, Baril tackles all the hot button issues with his take no prisoners style.
Additionally, Robert also delves into his own ever-evolving life as a step grandpa for bonus material. He was featured in the Amazon Prime documentary 'I Need You to Kill' and currently co-hosts the Comedy Mainline podcast, a joke writing exercise with some of the biggest names in stand up right now.