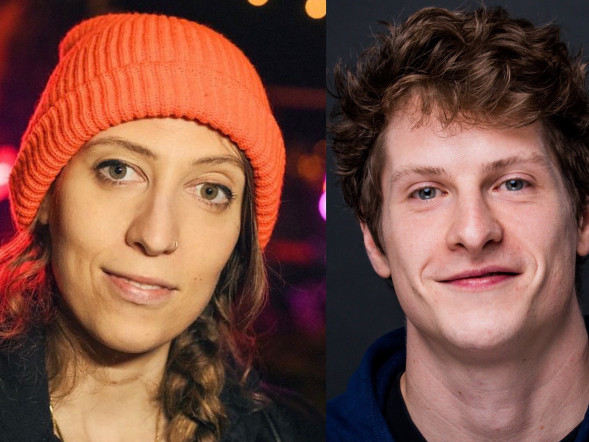 Since relocating from Atlanta, GA, Mike Rowland is one of the fastest rising stand-up comedians in New York. Mike’s been featured multiple times on “This Week at the Comedy Cellar” on Comedy Central. He is one of the latest and youngest comedians passed at The Comedy Cellar and was also a finalist in the "New York's Funniest Stand Up" competition for New York Comedy Festival. He currently co-hosts the monthly show Laughodills in Brooklyn, NY.  See him while you still can, because the boy rides a bike with no helmet in New York and we’re not sure how long he’s going to last.


Jordan Jensen started Comedy in upstate NY before moving to Nashville TN where she spent a year working for clubs and taking her comedy on the road in her pick up truck. She now lives in Brooklyn NY and has since been featured on Sirius XM, as a New  Face at the prestigious Just For Laughs comedy festival and is now a regular at the renowned Comedy Cellar. Her comedy consists of tales of her bizarre upbringing and highly unconventional family her own filterless confessions of her time on this filthy planet.