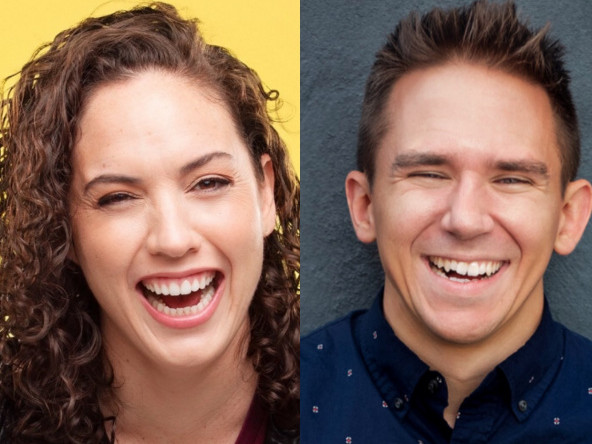 At The Idiot Box

Caitlin-Originally hailing from San Francisco, Caitlin Peluffo is a stand up comedian living in New York City.  This lovable loose cannon recently made her network television debut on The Late Show with Stephen Colbert and has been seen on NBC Seeso’s “New York’s Funniest” as well as the Comcast Network as a finalist in the ‘Trial By Laughter Comedy Competition.’ She recently opened for Maria Bamford, Brian Regan, and Gilbert Gottfried.  Peluffo is a regular in the NYC comedy scene performing in clubs like The Comedy Cellar, New York Comedy Club, Gotham Comedy Club, Stand Up NY, and was recently featured in the Caroline’s on Broadway Breakout Artist Series. She has performed in festivals across the country like the Limestone Comedy Festival, Brooklyn Comedy Festival, Laughing Skull Comedy Festival, Laugh Your Asheville Off, Accidental Comedy Festival, All Jane Comedy Festival, Women in Comedy Festival, Maine Comedy Festival, and was runner up in the Big Sky, Finger Lakes, San Diego, and the Stand Up NY Comedy Competitions. This past January she performed in San Francisco’s Sketchiest in the Audible’s Fresh Voices Showcase and was featured on both Sirius XM’s “Raw Dog” and Audible’s “Punchlines.”

Steve- Originally from Syracuse, NY Steven Rogers is a New York City based comedian who has been making others laugh for most of his life. Steven made his national TV debut in 2019 on The Late Show with Stephen Colbert and has been featured in multiple comedy festivals such as Lucy Fest and the Rogue Island Comedy Festival. He also has a popular anxiety themed podcast with fellow comedian Andrew Schiavone called, “Panic Attacking.” Steven’s comedic ability has established him in numerous comedy clubs and as a regular opener for Brian Regan in theaters across the country. His clever rapid fire material full of observations about his life and the world around him has entertained audiences from coast to coast!