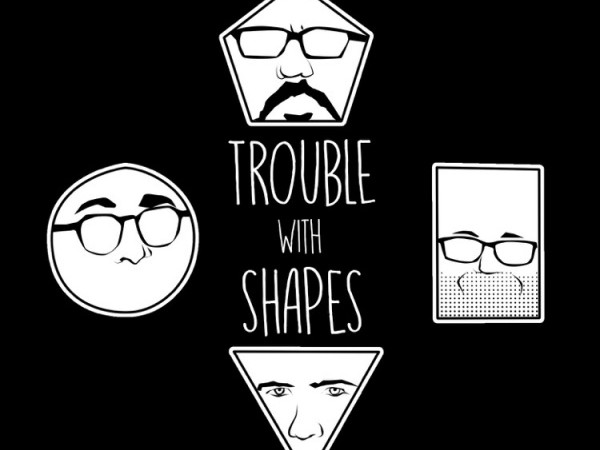 TROUBLE WITH SHAPES is a four man sketch comedy troupe from Greensboro, NC. They are AJ SCHRAEDER, AL-DON SCHRAEDER, BOB BESHERE, and JOHN CHENOWETH. Their conceptual circumference encompasses all things...all things this one specific quartet of middle-aged, childless, male, Caucasian, American squares create. If they break any molds, it won’t be constructive. It’ll be more akin to a spoiled toddler hammering an entire Play-Doh can, plastic and all, into his uncle’s brand new $284 Williams Sonoma sausage-maker. They’re fine. Darn fine. They’re a darn fine sketch troupe.

The members of Trouble with Shapes been have toured nationally at colleges, been invited to comedy festivals across North America (SF Sketchfest, Toronto Sketchfest, NC Comedy festival) and written content for global brands such as Doritos, Lego and Walmart.  They’ve performed together for over a decade with various monikers, but this will be their first show under this new name.