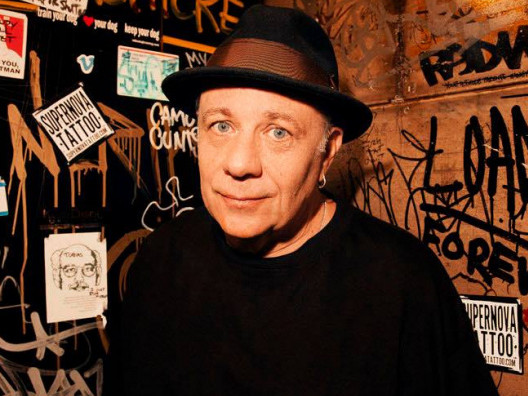 Eddie Pepitone: They call him the Bitter Buddha (captured in the critically-acclaimed feature film documentary of the same name). Comedian Eddie Pepitone is a master of the dark art of comedy, often hailed as a modern day cross between Jackie Gleason, Don Rickles and Eckart Tolle.
Eddie is a force of nature on stage, switching between social rage and self-doubt. His shows are an energetic combo of calm and chaos, blue-collar angst and sardonic enlightenment. Few comedians working today channel the power of the rant better than Eddie Pepitone. Fans will know Eddie from his newest Netflix one-hour special 'IN RUINS', his numerous appearances on 'WTF with Marc Maron', or his performances on 'Community' and 'Bob's Burgers'.

In addition to his regular stand-up shows, Eddie is stand-out comic/character actor, with recurring roles on Late Night with Conan O’Brien. Eddie has also appeared on numerous comedy TV shows, including The Life and Times of Tim, It’s Always Sunny in Philadelphia, The Sarah SilvermanProgram, Jimmy Kimmel Live, Last Comic Standing, and Chappelle’s Show. Pepitone is also an accomplished dramatic actor, having appeared on Law and Order: Criminal Intent and 'The Muppets', and is the host of the very popular Peptalks Podcast.

Eddie is also a regular headliner at prestigious comedy festivals around the world, and a constant performer at some of the most legendary clubs in Los Angeles including The Comedy Store, Largo and the Hollywood Improv. 2020 will see Eddie embarking on some long-awaited new national tour dates alongside fellow comic JT Habersaat, dubbed the 'FOR THE MASSES' TOUR.