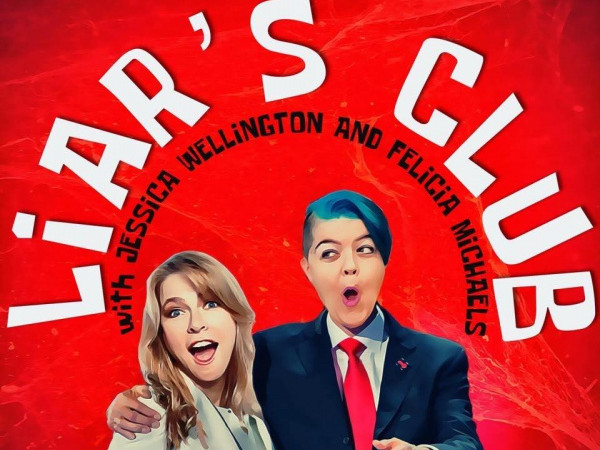 The Liar's Club is a game show podcast hosted by Jessica Wellington and Felicia Michaels. They ask their comedy pals to tell two stories. One is true and one is a lie, then along with the audience, try and figure out which is which. Recorded live at the world famous Comedy Store. Guests have included Bert Kreischer, Bobby Lee, Maz Jobrani, , Jamie Kennedy, Robert Kelly, Jackie Kashian, The Sklar Brothers, Sam Tripoli, Brody Stevens and many more.