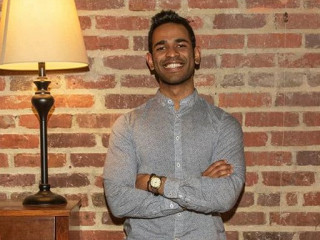 A little bit about Shafi:Shafi is originally from Bangladesh and currently a New York stand-up comic. He has received remarks such as "really funny" from Gary Gulman, and "don't quit your day job" from his mother. Shafi has been featured on multiple festivals such as World Series of Comedy, Beast Village Comedy Fest, 208 Comedy Fest, Oak City Comedy Fest, and Portland Maine Comedy Fest to name a few. Shafi has worked with national headliners such as Nick Griffin, Ryan Hamilton, Matt Braunger, Gary Gulman, Anthony Devito and he brags about that one time he rode an elephant as an inquisitive pre-teen.