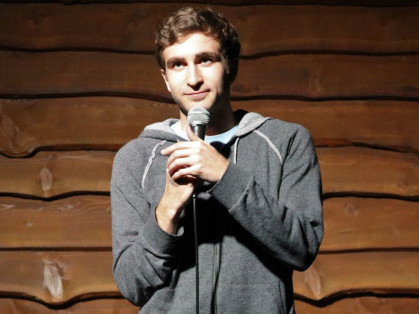 A little bit about Ben Popkin:

Being described by Atlanta’s Living In Town magazine as having “an undeniable likability,”Atlanta has enjoyed Ben Popkin’s friendly form of comedy for the past four years. Ben has opened for comedians such as Robert Kelly, Nick Thune, Emo Phillips, and Dana Gould and has participated in in festivals and benefit shows across the country.