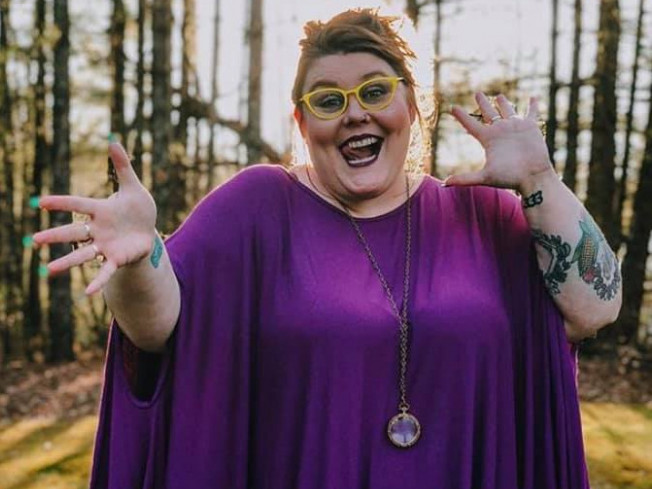 A little bit about Hilliary Begley:

In 2012 I embarked on my dream to become a stand-up comedian starting with open-mic nights and video shorts, eventually leading to becoming a touring and headlining comedian. For a stint I left my hometown of Asheville, North Carolina and went to Los Angeles to work on becoming a screen actress and comedian but at the time it just wasn’t in the cards. I returned home to Asheville and tirelessly worked myself from the ground up, going from being on the sign-up sheet of an open mic night to the host-- to filming auditions in my friends’ basements and garages in between shifts at work hoping to get the callback to finally getting callbacks. Most people currently know me from the Netflix movie “Dumplin’,” a role I ultimately landed because of a a tiny photo on a show flyer not one of those garage auditions. Clearly, I’m a believer in fate. Before my film debut in “Dumplin’,” I was primarily known as a touring comedian, having toured cities such as Atlanta, New York City, Los Angeles, New Orleans, Charleston, South Carolina, and Charlotte, North Carolina and I’ve been a headliner for over a year. Comedians I have opened for include Jon Reep, Fortune Feimster, Judah Friedlander, and David Stone. When I’m in my town of Asheville, North Carolina I host a recurring Sunday night open mic comedy show, “Hallelujah Hilliary’s Comedy Revival,” that has the theme of Southern Pentecostal revivals, with featured and headlining comedians.