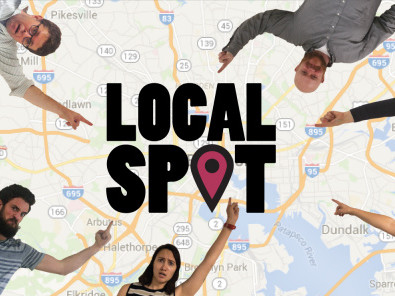 Local Spot: Formed in 2015, Local Spot is made up of a mixture of new and old members of the Baltimore improv scene. Local Spot performs character-driven monoscenes that force performers to live with their big choices and not escape in an edit.

Sudden Depth: Sudden Depth Improv goes deep! Whether it’s characters, stories or relationships happening onstage, expect the unexpected and prepare yourself to be captured by the fun! Hailing from Acting Out Studio, Sudden Depth is made up of improvisers from 18-75 years old so they’ve got something everyone can relate to!

Daredevil: Daredevil is a collective group of Improvisers spanning over 25 years of experience & training from UCB, the Groundlings, iO, Second City in Chicago & Hollywood. Somehow this merry band of fools found each other in the small beach town of Wilmington, North Carolina, where they perform weekly doing a variety of improv comedy shows. For this festival, they plan on doing some fearless long form, spiced with characters, romance & nonsense.