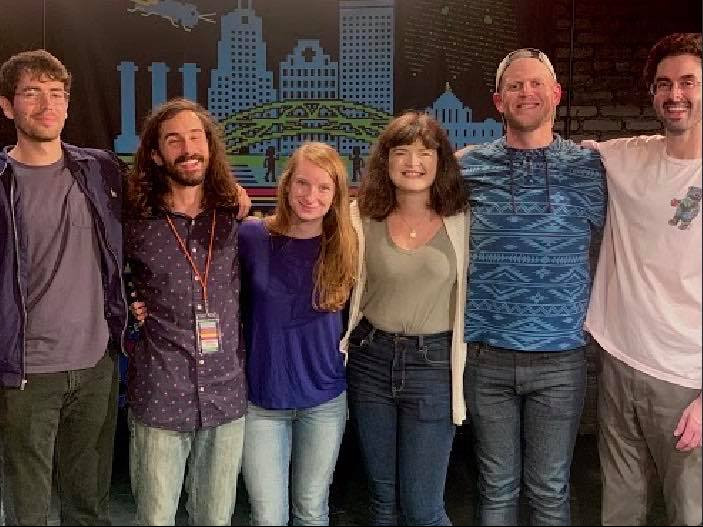 Bunker Dogs The Bunker Dogs of Winston Salem was born out of band of misfits in 2016. Ever since, we have provided quality short form improv shows reminiscent of the great improv city of Chicago, to communities all around the triad area. We bring all different styles of improv to the stage through the variety of weirdos in our troupe and are proud to be applying to the North Carolina Comedy Festival for the 3rd time

DTI: DTI (Down to Improv), winner of Providence Improv Guild's Infinite Bacon Cage-match, is a battle tested improv group that considers themselves the Avengers of Improv.

Origami Tacos: Whether it was divine intervention or an act of pure randomness, we'll never know, but the Origami Tacos assembled in August 2016 after being chosen by the Powers That Be in our home theater, ComedyWorx, in Raleigh, NC. Since then, the Tacos improved our craft of improv, formed bonds of friendship, and even perform sometimes! Every now and then, we're even funny.

Flaggerdoot: What is a "Flaggerdoot" anyway? We probably won't answer that in our show, but we will have a fun time with whatever other strange word you shout at us.
Flaggerdoot performs a fast-paced show that may or may not include a jackalope.