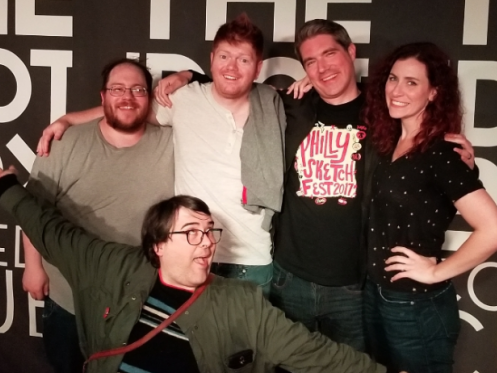 High Dramma-Performing since 2008, High Dramma is a 100% independent sketch comedy troupe that seeks to combine traditional sketch comedy with elements of musical, dance, pantomime, all intertwined between live music provided by a mad banjo player into a whirlwind of high-minded vulgarity and low-brow sophistication.

Mon Frere- Formed in 2009, Mon Frere was the sketch comedy collaboration of a group of nerdy best friends. For the first half of a decade they were a staple in the sketch comedy scene of the Carolinas performing monthly shows in both Greensboro and Charlotte. In 2014 they went their separate ways to pursue various other projects and life choices but have now rejoined to give the 2019 audience a chance to see the comedy stylings that were once described by an online publication as “something Greensboro locals need to explain to out of towners.” Cast includes: A.J. Schraeder, Al Schraeder, Bob Beshere, and John Chenoweth.

Bad Medicine-The Bad Medicine Show is a high energy sketch comedy show with a bent toward the dark, absurd reality of life. Each show brings you new hilarious characters, videos, music, and of course sketches about situations you hope you'll never be in. They love to give folks an evening of laughter, but deep down, Bad Medicine is simply a group of friends trying hard to forget the political town they live in.