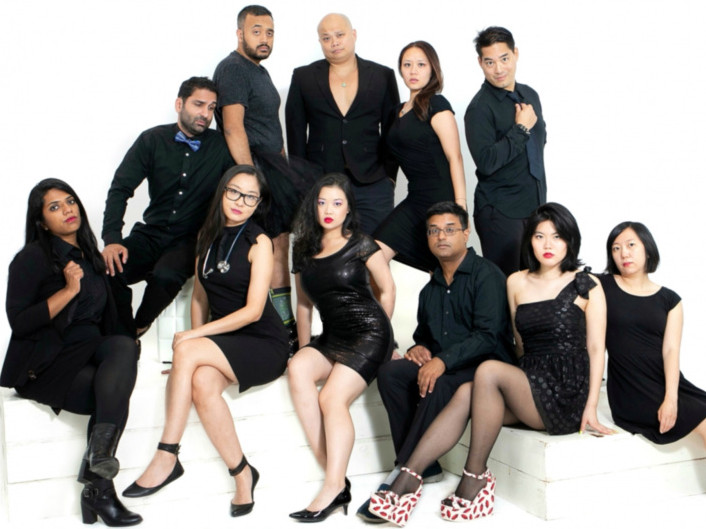 Robot Johnson-Robot Johnson is made up of an eclectic mix of actors, writers, stand ups, improv and sketch comedy veterans. That mix allows us to create original content shows that will have a little something for everyone and a lot of something for sketch fans.

The group formed in late 2008. Since then, they've written and produced well over a hundred original-content sketch comedy shows. Robot Johnson has over the years won a number of accolades, boons, pittances and windfalls such as a Metrolina Theatre Award in 2009, Charlotte Magazine's Best Sketch Comedy Group in 2010 & 2013, Funniest Twitter account in 2013, Funniest Instagram in 2014. In addition to delighting comedy fans in Charlotte, Robot Johnson performs in comedy festivals across the Southeast including the Charleston Comedy Festival, NC Comedy Arts Festival and Asheville's SketchFest.

Bustercups- The Bustercups are a Grammy nominated and declined (thats right, they declined it!) comedic rap duo out of Columbia, SC. This clever duo of Phil Carter (Philabuster) and Patrick Fowler (MC Pcup) with the help of producer Adrian Perez (Freak Pheromone) blend hard core hip hop, lyricism, and satire comedy sure to move your body, especially your funny bone.